Blog
>
"Zero Failures Can Be Achieved At Minimal Cost"

"Zero Failures Can Be Achieved At Minimal Cost" 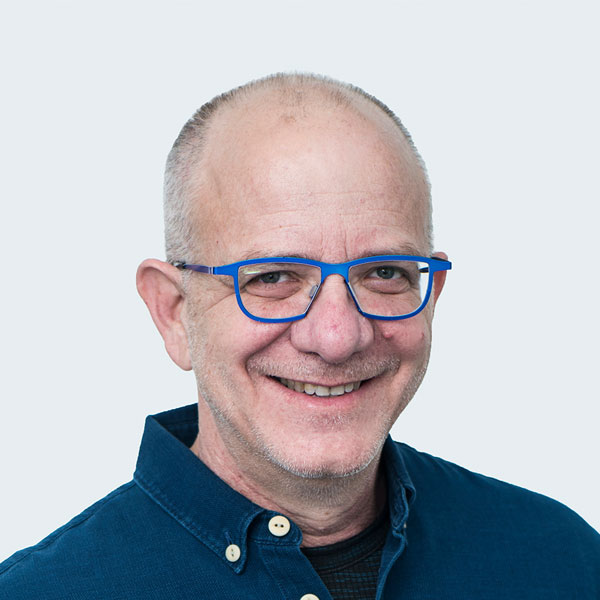 Dr. Joe McPherson, a renowned expert in the fields of Reliability Physics & Engineering and proteanTecs Advisory Board Member, in an interview to Chiportal Magazine.

"Zero failures can be achieved at minimal cost". So says Dr. Joe McPherson, a reliability guru who worked at Texas Instruments for 30 years and currently, among other things, advises the Israeli startup proteanTecs. According to Dr. McPherson, improving chip reliability is more crucial than ever in advanced production processes.

"Improving chip reliability is more crucial than ever in newer production technologies”, says Dr. Joe McPherson, the reliability guru who currently, among other things, advises Israeli startup proteanTecs, in an exclusive interview to Chiportal.

McPherson worked at Texas Instruments for 30 years and retired as a Sr. Fellow. He joined TI in 1980, in the field of process development and laser redundancy for VLSI production. During his early years, he worked with Jack Kilby, a Nobel Prize winner in Physics and inventor of the integrated circuit.

Since 1983, McPherson's primary focus has been on the physics of VLSI reliability.

He has published over 200 scientific papers and has been awarded 20 patents. McPherson previously served as chairman of the IEEE International Reliability Physics Symposium (IRPS). Today he is active as an advisor and is among the leaders in the field of component reliability in the semiconductor industry.

Dr. McPherson is the author of a bestselling book (over one hundred thousand copies/ downloads sold, and now in its third edition), about the reliability of chips affected by time-dependent dielectric breakdown, bias temperature instability, hot carrier injection, electro-migration, stress-migration, material fatigue and more, in order to preserve the accumulated knowledge he gained in the field of reliability.

We caught up with McPherson for a chat during his visit to Israel as part of his work with proteanTecs.

proteanTecs was founded in 2017 by co- founders of Mellanox Technologies and is headquartered in Haifa, with offices in New Jersey and the Silicon Valley. The company's mission is to enable the electronics industry to continue to scale, while complexities rise as node sizes shrink. This is in light of the experience of the founders, veterans in the industry. They witnessed firsthand the rising challenge of achieving quality and reliability without affecting cost and performance, especially as technologies advanced.

The company developed a cloud-based platform that combines data collected by on-chip sensing monitors, along with machine learning and in-depth analysis of that data. The result is a significant improvement in chip and system quality in the production stages and reliability monitoring while the systems are in use. The platform provides insights throughout the entire value chain, from chip manufacturers, through system manufacturers and up to digital service providers.

Dr. McPherson explains: "The reliability of the chip itself can be improved and not just through chip redundancy. proteanTecs develops a small circuit that serves as an "agent" which generates high coverage parametric measurements. It can identify degradation mechanisms that, should they persist, may cause a chip malfunction or failure, even when the chip's expected failure rate is just starting to decline. The goal is to reach zero failures. The current qualification method is to take up to 231 chips and insert them for a thousand hours at a high temperature, and then apply statistics to estimate the failure rate."

"All models used in the industry are based on the average time it takes for the chip to fail. Degradation begins long before the chip fails. proteanTecs introduces to the industry unique monitoring circuits invented by the company, that measure critical parameters within the chip without affecting the chip’s competitiveness."

"The critical part of the process is embedding monitoring circuits within the chips. It’s the Agents that simply take the data they need without interfering with the chip's environmental interaction. This is a practical way to address future reliability issues."

"The company works with chip designers to integrate these agents into their designs, in order to reach zero failures."

Into which systems are you striving to insert these circuits?

"A significant market is the datacenter market due to the increasing demand for cloud computing. These servers need to properly run 24/7 to provide data processing or storage. This is a market where the required reliability is high, and they cannot afford unplanned downtime.

Of course, in datacenters, the most critical factor is heat. The Agents will be able to give a parametric profile of the chip's surface, and this will help designers understand where the problematic points are within the chip's circuitry and take that into account in the next chip design."

"In the semiconductor industry, as we screen chips in production, we conduct extensive testing, and the industry is diligent in doing so. The problem is that these are only for the devices being built today. Due to process variations there is no guarantee that in a few months, the product in the field will be the same as the qualified product."

In conclusion, Dr. McPherson says: "proteanTecs' system brings innovative thinking. Degradation monitoring, thus far, has not been used extensively within the industry. Semiconductors have become more complex as their components shrink, so it becomes increasingly difficult to achieve the zero-failures requirement. However, we can monitor the chip degradation rate, predict when failure will occur, and then warn the user in advance of failure.  Thus, the user can be alerted of an impending reliability issue and can take corrective action before failure occurs.  Using this proactive reliability approach, zero system failures is a realistic goal.